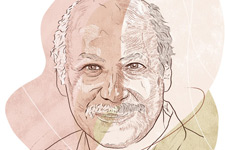 “It was kind of amazing – we got this call out of the blue. Three weeks later, I’m sitting with Bill Gates and others explaining (our work). In one hour, he points to his finance guy and says, ‘Give these guys enough money to get to clinical trials,’” said Gerson, President and CEO of PnuVax.

In October 2017, the Bill and Melinda Gates Foundation awarded $29.4 million to PnuVax to continue its work on a low-cost pneumonia vaccine, help scale up production, advance to clinical trials – and potentially save millions of young lives.

To date, PnuVax has received roughly $40 million in support from the Gates Foundation.

A private company dedicated to making large quantities of lower-cost vaccines using the most advanced technologies available, PnuVax aims to improve immunization rates in the developing world, said Gerson, whose career is marked with dozens of milestones in vaccine development and production.

Pneumonia is the leading single killer of young children worldwide, despite advances in prevention and treatment. Through PnuVax, Gerson has developed a novel low-cost approach that may lead to increased access to a vaccine.

Gerson has earned an international reputation for innovation, with executive posts in companies that have produced hundreds of millions of commercial vaccines for global distribution.

Originally from Boston, Mass., Gerson came to Western in the 1950s, when his father, an atmospheric physicist for the U.S. government, worked with the Department of Physics. The younger Gerson completed his Chemistry degree at Western in 1968, then pursued a PhD in biophysics at McGill University. Gerson returned to Western as a postdoctoral researcher in the 1970s, teaching Biophysics and Biochemical Engineering.

He stayed in London until 1979, when he became a member of the Basel Institute for Immunology at Hoffmann-La Roche in Switzerland. There, he worked for Niels Jerne and with Georges Kohler, co-recipients of the 1984 Nobel Prize for Medicine, and learned how to make monoclonal antibodies used in disease treatment. “That was an interesting spot to be,” Gerson said.

Gravitating to the biopharmaceutical industry, he returned to Canada to lead the Biotechnology Department of the Alberta Research Council, where he set up a large-scale facility for transitioning research to production.

Gerson eventually became vice-president of manufacturing at Connaught Labs, which produced millions of doses each year of 10 different vaccines for Canada and UNICEF. Gerson later moved to a similar position at Wyeth, where he was responsible for making roughly 50 per cent of the U.S. vaccine supply and developing the manufacturing process for Prevnar, the first vaccine for pneumonia in children – now a $7-billion product owned by Pfizer.

“We developed the first vaccine for pneumonia for children; there was one for adults but it didn’t work in babies. Pneumonia, then and still today, is the largest killer of babies under 5 of any disease. While pneumonia rates have gone down quite a lot – now it’s less than half of what it was back then in 2000 – it’s still high on the list,” Gerson said.

After Pfizer bought Wyeth, Gerson moved to South Korea where he helped build, from the ground up, a biopharmaceutical company that manufactured monoclonal antibodies. In the early 2000s, the country had no biotech industry. Now, the company he helped establish employs more than 1,000 people and has sales in more than 70 countries.

After that Gerson retired. He returned to Canada, taught chemical engineering at Queen’s University for a couple of years but found being out of the vaccine-production environment left him “seriously bored.”

“My youngest son, a chemical engineer, got an ad one day for an empty facility for biotech stuff in Montreal. We drove up to see it. At the very furthest end of it was the exact same set of equipment we used to make the pneumonia vaccine for children in New York at Wyeth. We got to the end of the building, looked at the real estate agent, and said, ‘We will take it,’” Gerson said.

“But more than 2.5 billion children are still not today immunized for pneumonia because it is too expensive,” he said. “All of China, all of India, all these countries serviced by UNICEF and an organization called Gavi (a global vaccine alliance), don’t have wide access. And there’s a whole bunch of countries not covered by UNICEF or Gavi and they have to fend for themselves. So, in simple Canadian terms, I was pissed.”

Gerson’s ire led him to put up his own money to start PnuVax. He found a biochemist at the University of Ottawa who had figured out a way to make the vaccine more efficiently than used to produce Prevnar. Gerson licenced and patented this new method and is using it at PnuVax.

“We’ve been working like crazy. We are in good condition now; we are just ready to enter clinical trials and have talked to Health Canada. Things are on a roll and are leading into the next stage, to make it at low enough cost to distribute it to middle-income and lower-income countries,” Gerson added. While the cost of the vaccine will be significantly lower, the price point hasn’t yet been determined.

Gerson credits the Western faculty members he worked with early in his academic career for inspiring him to put his skills towards something big, something worthwhile.

“We’re having all kinds of fun. It’s amazing what happens when you go to Western. The atmosphere when I went there in the 1960s was good and there was a strong academic environment. The (faculty) instilled in me that I should do something more than just make money, that I should do something important. And that just stuck. I firmly believe what happens to you at that age matters.”